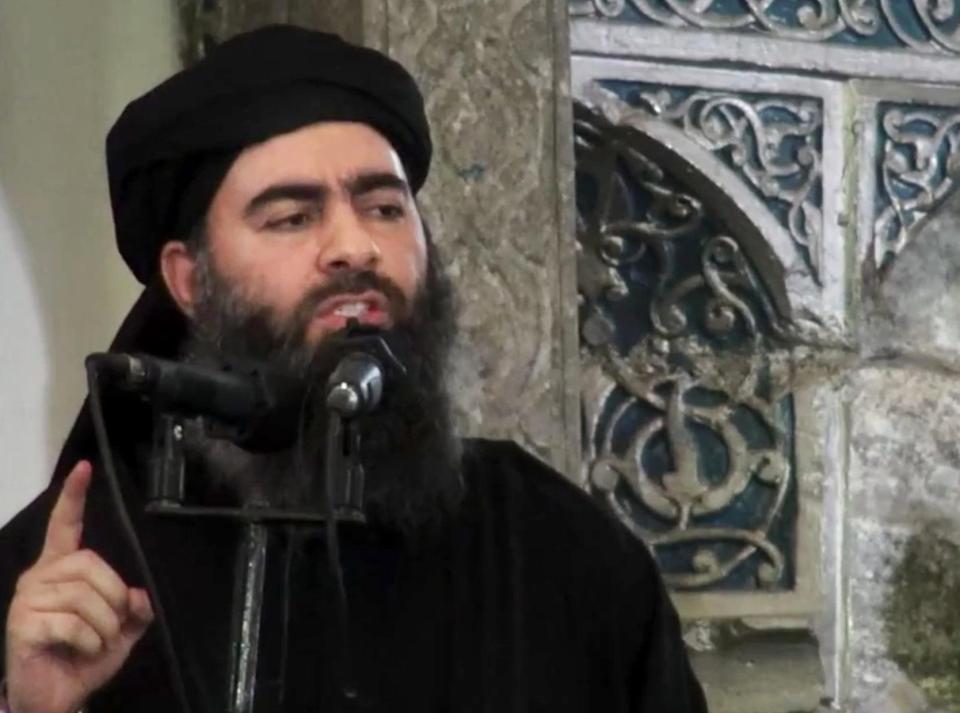 There is a good reason why politics and religion may be compared to the mixture of meat and milk. Milk by itself is a very nutritious food. Meat by itself is also a source of protein and vitamins, yet when we mix the two together, they both become a forbidden mixture. Politics is a field of endeavor that has the potential to be beneficial for society. The same may be said about religion, yet the mixture of religion and politics has often produced many of the world’s most disastrous genocidal evils in human history.

Rabbis must resist the temptation to speak ex-cathedra about policy opinions based upon current political trends. In the spirit of fearless inquiry, there is no reason why a rabbi and his congregants can’t have an honest difference of opinion regarding the political realities de jure. In any free society, people can have some dialectical tension. The appearance of unanimity has never been something desirable in Jewish history or law.

The pursuit and process of questioning for the sake of veracity and relevance is not only desirable but necessary. Disputations, raucous debates, and the polyvalence of interpretation have animated Jewish intellectual discourse since the days of Late Antiquity. Jewish tradition also teaches us that it is not what people argue about that matters—it is how they argue and why they argue that matters. Arguing a point in any area should not be personalized to the point where friends become adversaries or enemies. Yet, quite often that is what occurs when people cannot respect to differ.

With this thought in mind, I must take serious issue with Rabbi Shmuly Yanklowitz, who is an Open Orthodox rabbi of Phoenix, Arizona. To show his disdain toward President Trump, he decided to change the ‘mat’bea shel Tefilah” (a rather unorthodox move that breaks with Orthodox tradition) regarding the traditional prayer that we say for the leaders of our country.

Instead of using a generic prayer, the rabbi decided to reword the prayer:

• We pray that the decrees from the Executive office do not harm the innocent. We pray that any policies that are meant to harm the vulnerable in prioritization of the powerful and privileged will be quashed. Should there be plans that will merely benefit the most privileged Americans, but not all of humankind and the planet we call home, may they fail. May our nation not consort or conspire with totalitarian despots but reaffirm our commitment to freedom and democracy. Grant us the strength to demonstrate spiritual resistance, to imbue our sinews with the highest integrity. Give us the wisdom and courage to do what’s right to protect the most powerless and defenseless in society.

I wonder whether all of his synagogue agrees with R. Yanklowitz, but if his congregation is anything like most other rabbis and synagogues, I suspect they probably differ on a variety of religious and political issues.

He presumes that Jewish supporters of Trump represent an “embarrassment” to the Jewish people.” Not only is he insulting people of conscience who have a right to their own political views, his statement comes across as smug, self-righteous, and I dare say “fascist.”

President Trump deserves a chance like any other president we have had before. During President Obama’s tenure, I found many of his views morally questionable—yet as my President, I did not speak disrespectfully of him. His position on Iran, for example, I felt represented a reckless endangerment of Israel and could lead to nuclear proliferation in the most dangerous part of the world—the Middle East. During the 2009 Green Revolution in Iran, President Obama failed to give a scintilla of support for the courageous Iranians who died defying the theocratic leadership of their country. Nor did he do anything to help recognize or prevent the genocide of Christians in territories held by ISIS in Iraq and Syria.

Granted, those statements are only one rabbi’s opinion—mine. Honestly, I do not expect my congregants to agree with me on all these matters—nor should they, if they feel certain positions violate their conscience. Frankly, having spirited discussions about the issues of our day ought to be celebrated and not condemned. Demonizing people who differ violates the tenor of Jewish history. As mentioned earlier, debates are nothing new in Jewish tradition. Perhaps R. Yanklowitz should spend more time reading the disagreements of other Rabbis in the Talmud. Their arguments were very animated—even raucous at times.

On the other hand, some of President Trump’s ideas aren’t so bad. His recommendation about evicting hardened criminals and murderers who come from foreign countries is really a good idea. Turning away people from Muslim countries who idealize ISIS or the Muslim Brotherhood is also prudent given their movement’s involvement with Hamas and their vicious attacks against the Coptic Christians in Egypt. For Jews to welcome people who are hell bent upon their wholesale destruction of their enemies seems very shortsighted and foolish.

President Trump’s ambition to destroy ISIS is off to a good start so far with today’s capture of their leader, Abu Bakr al-Baghdadi. Trump’s desire to eradicate this terrorist organization is something every Jew—and “Open Orthodox” rabbi ought to applaud and support. A President who wants to recognize Jerusalem as the capital of Israel is another thing every Jew ought to celebrate. Wanting to defang Iran is yet another policy Jews ought to welcome.

The President has a demanding job and instead for praying for his failure, he should be praying for his success. If Bernie Sanders and even Chuck Schumer can agree with Trump at times, maybe R. Yanklowitz can reconsider his position too. 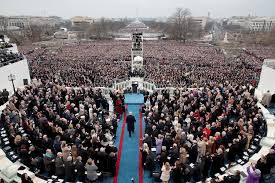 This past Friday, the world witnessed a peaceful transition of power in our country. Indeed, it is the kind of event we ought to be celebrating regardless how we may feel about the new President being elected.

In North Korea, Muslim theocracies, and in other totalitarian regimes, the citizenry can only dream of having an open democratic election. The clergy certainly added a rich evangelical flavor to the program, as church choirs that might have made a number of people of other faiths feel awkward.

Many colleagues of mine do not feel comfortable when a minister invokes “…In Christ’s name, let us say ‘Amen’” and I would imagine that Muslims probably felt uncomfortable not seeing an Imam add his prayers in Allah’s name. A Buddhist, Hindu minister might have given a broader appeal to the event.

It is true, many Evangelical Christians helped to propel Candidate Trump to victory, and in all probability, President Trump is appealing to his religious base. I think it is also a sign that he plans to move the country in a more traditional religious direction where it will no longer be politically incorrect to wish somebody in December, “Have a Merry Christmas…”

In many ways, I think the politically correct culture (a.k.a. PCC) is responsible for the ascent of President Trump. Political correctness reigned supreme for the past eight years and a sleeping giant arose in this past election that finally proclaimed, “Enough already!” Whether you like it or not, President Trump is President Obama’s legacy.
Still, regardless of our political orientation, I do think President Trump deserves a chance. As Rabbi Marvin Hier, founder of the Simon Wiesenthal Center in Los Angeles, said in his invocation, “All of us should pray for [Trump’s] great success, because his great success means our great success.” I am certain that many liberal-minded Jews probably felt Hier was endorsing Trump was wrong. Still, we need to see how he is going to govern. Many conservatives had to accept the results of Obama’s election results, and that is how a democracy works in our country.

Nevertheless, I wonder: Why didn’t any Muslim Imam or spokesperson participate in the preliminary prayers? It is true, some members of CAIR objected to Reverend  Franklin Graham, who has a been an outspoken critic of militant Islam. Perhaps a number of Imams might have been asked, but they refused. To some degree, I can understand their reluctance.

Now it is true that in the National Prayer Service that took place soon afterwards on January 21, Imam Mohamed Magid took his place among other faith groups at Washington National Cathedral at a service in honor of President Donald Trump and Vice President Mike Pence.  His credentials are impressive. Magid is the executive director of the All Dulles Area Muslim Society (ADAMS) Center and former executive director of Islamic Society of North America (ISNA).

But as the respected Clarion Project noted, of all the Muslims to speak at this event, Magid (a nice Jewish name!) was the wrong Muslim to offer his prayers. As Meira Svirski observed:

And just in case you may not know, the Muslim Brotherhood is an international terrorist group that is the creator of HAMAS and has murdered thousands of Coptic Christians in Egypt.

Simply put: President Trump made a strategic error and chose the wrong Muslim.

As a far better alternative, he might have chosen Dr. Zudhi Jasser who has advocated a separation of mosque and state and spoken against the ideology of “political Islam” or Islamism. Jasser has written for prominent newspapers such as The Dallas Morning News, The New York Post, The Wall Street Journal, and The Washington Times.

Better still, Dr. Tawfik Hamid is an author from Egypt. He used to be a member of the militant  “JI” (al-Gama’a al-Islamiyya of Egypt) with Dr. Ayman Al-Zawaherri who later became the second in command of Al-Qaeda. After being radicalized in the JI (approximately thirty-five years ago), he had an awakening of his human conscience, recognized the threat of Radical Islam, and started to teach modern peaceful interpretations of classical Islamic core texts. He is famous for saying, “By faith I am a Muslim; by spirit, I am a Christian; by heart, I am a Jew, but above all, I am a human being.”

Dr. Tawfik Hamid is also a personal friend of mine on Facebook. We briefly spoke about the omission, and I asked him what he thought of my observation that this was a missed opportunity. He wrote back to me:

Imagine how the Muslim world would have responded… This might have been one of Trump’s finest moments, but it was not meant to be—at least for now.

Although this was a missed opportunity, I believe when President Al-Sisi comes to the United States to speak with President Trump, this meeting could set in motion the Muslim Reformation that Muslims really need. The world is counting on President Trump to help shepherd the world in this positive direction.