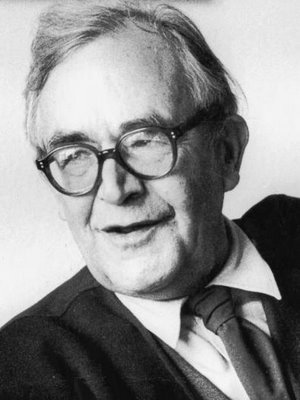 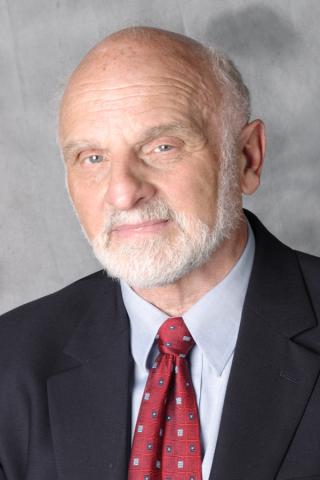 Jewish history knows only too well the dark side to the concept of corporate responsibility—especially with respect to the history of anti-Semitism and fascist totalitarian thought.  According to Mathew 27:24-25, there is a passage that has greatly contributed to Christian anti-Semitism:

Many modern Christian thinkers have rearticulated this attitude throughout the centuries–even today.

Dietrich Bonhoeffer became famous for saying on the night of Kristallnacht, “If the synagogues are set on fire today, it will be the churches that will be burned tomorrow.” Yet, who could imagine that the same man would say to one of his colleagues, “that the Nazis were merely giving what was owed to the Jews. After all, “they nailed the Redeemer of the world to the cross,” they had been forced to bear an eternal curse through a long history of suffering, one that would end only “in the conversion of Israel to Christ.”[1]

Before I came across this passage, I never realized that Bonhoeffer suffered from religious schizophrenia when it came to the Jews. Bonhoeffer did not regard the Jew as a brother in faith, worthy of ecumenical respect.  He felt no sympathy for the racial anti-Jewish laws passed by the Nazis throughout the lands they conquered, after all, the German government was just carrying out classical Christian doctrines that were in place since the days of the 3rd century, where the Early Church Fathers promoted nothing but hostility toward the Jew. Short of actually killing the Jew, everything was considered permitted—even hard labor. After all, the Jews must suffer for their crimes against the Savior!

Many years ago, my synagogue sponsored a short film on the life of Bonhoeffer and the producer of the film was there as part of the panel. I was curious why Bonhoeffer was never included among the righteous Gentiles in the Yad Vashem in Jerusalem, but given his smug theological attitude concerning the Jews—it is not hard to figure out why.

Erasmus, the great Catholic humanist scholar said, “If it is Christian to hate Jews, then we are all good Christians”[1] Martin Luther and a host of medieval and modern Protestant scholars would agree.

Impressed by Bonhoeffer, Niemöller added his own rhetorical flourish to Bonhoeffer’s words:

Yep. But he was hardly alone in expressing his sentiment.

Like Karl Barth (as we will soon see), Niemöller did not shy away from making pejorative remarks about the Jewish converts he had in his church. Such baptized Christians, persecuted as Jews by the Nazis, due to their or their forefathers’ Jewish descent. In one sermon in 1935, he remarked, “What is the reason for [their] obvious punishment, which has lasted for thousands of years? Dear brethren, the reason is easily given: the Jews brought the Christ of God to the cross!”[2]

In defense of Niemöller, he wasn’t an irredeemable anti-Semite. After the war, he later expressed regret about his own anti-Semitism in an interview he had with a West German television station he said: “Dear Friend, I stand in front of you, but we cannot get together, for there is guilt between us. I have sinned and my people have sinned against thy people and against thyself . . . . Thus, whenever I chance to meet a Jew known to me before, then, as a Christian, I cannot but tell him . . .”[3] Perhaps his guilty conscience reminded him that someday he would have to answer before the Judge of the World and answer for his dastardly remarks about the Jews, God’s Chosen People, whom he so deeply scorned.

Next,, we will now examine the words of the famous Protestant theologian Karl Barth, who has often been described as “the greatest Christian theologian since Thomas Aquinas,” an epithet I would personally and strongly take issue with.

Karl Barth was also famous for his criticism of the Nazi regime. However, he too also subscribed to the idea that the Jew is a nothing more than a “Christ killer,” worthy of temporal and eternal torment for his audacious rejection of the Savior. Barth’s invective language about the synagogue is reminiscent of Martin Luther’s position. The Protestant scholar Chris Boesel carefully annotates the following Barthian references from his Church Dogmatics, Vol. 2.,  For him, he considers “The Synagogue” represents a “sectarian self-assertion”  by which the Jews attempt to “secure, defend, and preserve its existence against God.”  Barth calls this a  “perverse choice.” The Synagogue now witnesses “over against the witness of the Church,” rather than in unity with it. It is now a “typical expression   . . .  of man’s limitation and pain, of his transiency and the death to which is subject.” Synagogue Judaism is “the personification  of a half-venerable, half-gruesome relic, of a miraculously preserved antique, of human whimsicality. It must live among the nations the pattern of a historical life which has absolutely no future.” The Synagogue is “joyless,” persisting in a “cheerless chronology.” It is a “Synagogue of death,” constituting a “wretched testimony.”[4]

In the 1930s, he too charged the Jews with the death of Jesus – something they undertook not “in foolish over-haste” or misunderstanding, but, he asserted, as a “deliberate” act. Then, in 1942, from his base in Switzerland, in his theological work “Church Dogmatics,” Barth castigated Judaism as a “synagogue of death,” a “tragic, pitiable figure with covered eyes,” a religion characterized by “conceited lying,” and the “enemy of God.” If the church needed the Jews, he felt, it was only as a negative symbol, for they are a mirror of man’s rebellion against God, against which Christians must continually struggle.

Amazingly still, Barth—even after the Holocaust—still couldn’t get over his theological animus toward Judaism and Jews. In a letter he wrote to a close friend named,  Dr. Friedrich-Wilhelm Marquardt in 1967, Barth made a confession that is utterly amazing—especially in light of the Holocaust that took place over twenty years earlier. He writes:

Barth’s animus toward the Jewish people is evident within the Presbyterian Church.

And last but certainly not least, Walter Brueggemann and a host of lesser thinkers and teachers have become decidedly anti-Zionist and consider the State of Israel an outlaw state. Brueggemann in particular shares a Barthian characteristic that is striking. In their theological works, both Barth and Brueggemann love speaking about Israel, “Biblical Israel” in the abstract—but never with reference to the Jew who follows the Torah that “Biblical Israel” embodies. One gets the impression that Brueggemann finds Judaism, Israel, and the modern Jew to be an annoyance. Jewish Israel is a concept he and other Protestants refuse to accept because of their theology of Supersessionism. Perhaps to  Brueggemann, the Jew is a nuisance–a theological anachronism.

What else could one expect from the house that Luther, Erasmus, Bonhoeffer, Niemöller, Barth, and Brueggemann built?

The fruits of the Protestant churches today and their hatred of Israel are bitter and worthy of oblivion.

If you read the famous “Parable about the Last Judgment” in Matthew 25:31-46, you will see that Jesus left a message in a bottle for the future theologians of the 20-21st century to reflect whenever they think about the Jewish people—Jesus’s own flesh and blood family:

Next time Protestant theologians think about the Jewish people and everything we have gone through because of hateful theological supersessionism, they would be wise to remember this parable from their master and teacher.  Jesus’ humanity makes him a wonderful model for people to emulate themselves after—wouldn’t it be nice if his followers took his words more seriously? “Therefore what God has joined together, no human being must separate.” (Mark 10:9)

If Barthian theologians have an issue with the Divine election of Israel, I think they ought to take it up with God Himself, and stop slandering God’s people at every opportunity.