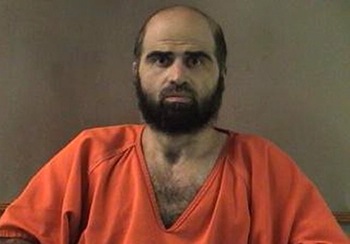 The LORD then said: “What have you done! Listen: your brother’s blood cries out to me from the soil!”  Genesis 4:10

“Do not stand idly by the blood of your neighbor” (Leviticus 19:16)

“ When a man makes a vow to the Lord or binds himself under oath to a pledge, he shall not violate his word, but must fulfill exactly the promise he has uttered” (Numbers 30:2-3)

Political correctness says, “It is forbidden to mention Islam and terrorism in the same sentence.” Terms like “jihadist” and “terrorist” and “War against Terror” have banned from the current administration’s lexicon. On November 5th, 2009,  Dr. Nidal Malik Hasan, a U.S. Army major and psychiatrist, fatally shot 13 people and injured more than 30 others, while shouting to the top of his lungs, “Allahu Akbar” (“God is Great”) in Arabic. Was this a terrorist attack? Not according to President Obama, this was a case of “workplace violence,” despite the fact that Hasan had numerous correspondences with the American  Al Qaeda  terrorist Anwar al-Awlaki.

In one of those emails that took place between December 2008 and 2009, Hasan wrote al-Awlaki, “I can’t wait to join you” in the afterlife. Hasan also asked al-Awlaki when jihad is appropriate, and whether it is permissible if innocents are killed in a suicide attack.[65] In the months before the shooting, Hasan increased his contacts with al-Awlaki to discuss how to transfer funds abroad without coming to the attention of law authorities.”[63]

A lawsuit was eventually filed at the United States Court on November 5th, 2011. The lawsuit claims that government has done everything it can to protect the shooter, Major Nidal Hasan, and their own interests while marginalizing the victims. The suit is seeking $750 million in damages.

One of the Fort Hood victims who survived wanted to meet with President Obama face to face, and the White House denied his request.[1]

Where is our outrage? This is not a Republican or Democratic issue–it is an issue about justice and compassion for the victims. To be silent in this case, is to be complicit.

The Republican Party missed a real opportunity to make the Fort Hood Massacre center stage during the last Presidential election.

Have we as Americans become so apathetic that we do not recognize the dangers we are facing with a resurging Al-Qaeda movement that has declared a new country in the land that we swore to protect—Iraq?