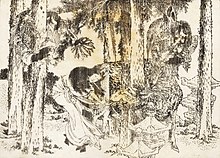 Translations of the Bible often reveal more about a translator’s world view than they do about the actual text. Once we decipher the context, a translation reveals something that is hidden to the reader.

This is especially the case with respect to one of the more straightforward passages pertaining to the laws of blasphemy found in this week’s Torah portion, Parshat Mishpatim. The verse that is relevant to this passage reads, “You shall not revile God… (Exod. 22:28).

Blasphemy, you say? Blasphemy laws have been out of vogue for centuries. The U.S. Constitution as defined by the First Amendment to the United States Constitution provides, “Congress shall make no law respecting an establishment of religion, or prohibiting the free exercise thereof; or abridging the freedom of speech, or of the press . . . .”

Just imagine what our country would be like if critics of religion like Thomas Jefferson, Thomas Paine, Cristopher Hitchens had not offered their sharply worded barbs against religious and iconic people and the institutions they represent.

Arguably, blasphemers may actually provide a necessary public service in helping us correct the excesses of religion. If nothing else, the critics of religion keep us honest and accountable. Lampooning religious beliefs whether in the press or at gatherings is considered fair game. Anyone attempting to limit free speech is guilty of censorship. Moreover, this applies to all faiths. The government has no right to get involved in cases involving real or imagined attacks upon any given religious doctrine.

Yet, as straightforward as this position might be, Jewish history has sometimes taken a different perspective. Toward the beginning of the Common Era, Jews found themselves living in a world that was full of graven images; their neighbors believed in a pantheon of deities. The scholars who translated the Septuagint deliberately subverted the biblical law.

Not only is blaspheming God a sign of extreme disrespect, so is blaspheming the gods of other peoples. Anyone reading this might wonder: Wait a minute, the Bible is famous for its polemics against paganism and idolatry. How can the translators of the Greek Bible ignore this fact?

Philo offers an important explanation, “Since the entire inhabited world is full of statues and images, and similar constructions, it is most prudent for us to refrain from speaking insultingly of these national deities, lest any of Moses’ disciples fall into the habit of treating lightly the name “god” in general, for it is a title worthy of the highest respect and love. Philo was not the only one who felt this way. The first-century Jewish historian Josephus echoes Philo’s words, “Let no one blaspheme gods whom other cities believe in, nor rob foreign temples, nor take a treasure that has been consecrated to some god.”

Why did these thinkers take a view that almost inverts the meaning of the biblical verse? We know from the story of Purim how dangerous anti-Semites can be to a Jewish community struggling to survive in the Diaspora.

Any Jew disrespecting a pagan belief not only endangered himself, he also endangered other members of the Jewish community. In Alexandria, during the first century, over 50,000 Jews were murdered by anti-Semites. Jewish life in one of the most dynamic and ethnically rich ancient cities proved dangerous at times.

Jewish history bears witness to this sad historical reality—even as we see it today unfold in our communities.

When we think about the recent vandalism that we have witnessed in Jewish cemeteries, threats to blow up JCC’s in our country, Jews in the United States have been complacent for a very long time. We have enemies on the far right, as well as enemies who are on the far left. Hating Jews has become fashionable in some circles.

Whether from the right, or from the left, Jews still have plenty of enemies who seem to be coming out of their hiding places. Hating Jews, Zionists, and Israelis seem fashionable in certain places—especially on the university campuses.
As the vanguard of Western democracies, Jews often meet stiff resistance from those on the political right. In hard times, everyone loves a scapegoat—enter the Jew.

A week ago, the Forward featured an article about the comedian Sarah Silverman who on more than one occasion said, “I hope the Jews did kill Christ…I’d F_cking do it again in a second.” Granted Silverman is a comic, and a mediocre one at best (in my opinion), but her thoughtless comments can infuriate certain Christians who may have a latent hatred toward the Jew.

As a minority people, we have had more than our fair share of enemies threatening to kill us and complete the job started by Hitler in the early 20th century.

As Jews, we have often been our own worst enemies. Pogo famously said, “We have seen the enemy and he is us.”

Anti-Semitism is a lot like a virus; it may remain dormant, but sooner or later it will awaken and explode. The words of the ancient Jewish thinkers of the first century offer us some practical advice. Don’t exacerbate hatred by making thoughtless insults about another person’s religion. In addition, the laws against blasphemy remind religious people not to behave in a manner that inspires hate, ridicule, and revulsion.

Judaic wisdom from the Hellenistic era offers a sober prescription for the modern world.

*
Rabbi Samuel is spiritual leader of Congregation Beth Shalom in Chula Vista.  He may be contacted via michael.samuel@sdjewishworld.com