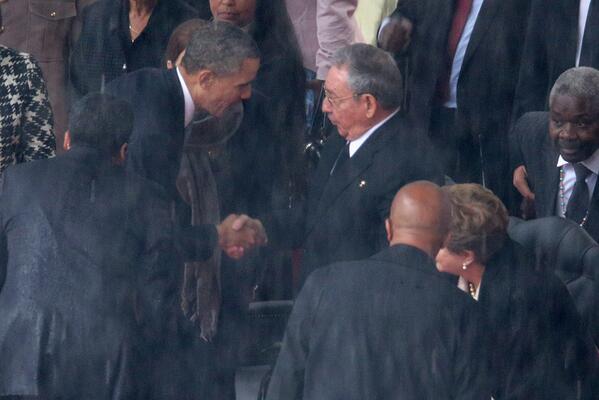 Human behavior and animal behavior resemble one another in so many interesting ways. When an animal approaches the territory of another, it is commonplace for one creature to growl or make noise whenever it perceives its space is invaded. A dog will characteristically bark whenever it hears another dog walk by its territory. Cats will hiss when a new kitten is introduced as a new family pet. Species of birds will utter their squeaky territorial song and fly directly at the intruder, chasing it way from its territory.

The fear of strangers is universal and greetings reflect the ways human beings have tried to de-hostilize someone approaching their turf. The custom of the handshake goes back at least to Grecian times in the 5th century B.C.E., as seen on a funerary stele. People believe that the handshake demonstrate that one comes in peace without holding any weapon.

Although it is a simple gesture, a simple handshake can dissolve walls of animosity that have been in place for decades. President Obama’s handshake with Raul Castro at the Nelson Mandela funeral created shockwaves in the international diplomatic community. Many pundits have criticized him for showing a gesture of respect to a political adversary of our country. This writer takes umbrage with such a narrow attitude.

The news story about reminded me of wonderful story from Yaffa Eliach’s excellent book, Hassidic Tales of the Holocaust. The story tells how a sincere greeting to a Nazi officer saved a concentration camp prisoner’s life.

There is one quote from Rabbi ben David’s book Shalom Aleichem that I really liked that the author attributed to Rabbi Yitzchak Zilberstein.

Zilberstein is correct. A handshake and a greeting expresses more than just words, but a willingness to communicate with the Other.

The Jewish philosopher Emmanuel Levinas has written extensively about the power of the human face. When we see a face staring at us, behind that face is a human being like ourselves that commands respect—even if that person happens to be an enemy. The power of a greeting has the ability to transform human relationships.