By now, many of us are probably wondering: Who are the winners and losers in the Gaza conflict? The answers we shall consider, might surprise you. Some of you might think that Israel has emerged as the biggest winner. At first blush, this might seem true.

There have been very few casualties in Israel, largely due to the Iron Dome anti-missile defense. In all probability, Israel will continue tweaking this technology so that it can provide even greater coverage and protection from the onslaught of Jihadist bombs.

Thankfully, the IDF allowed its jets to pummel the Jihadists in Gaza with minimal damage to the Palestinian population. Indeed, even Israel’s critics have praised Israel’s respect for human life. This is important for many reasons; Israel’s behavior has been measured and in control; they did not respond out of passion, but with methodical and rational precision.

Sun Tzu  wisely cautioned  in his Art of War,  “If you know the enemy and know yourself, you need not fear the result of a hundred battles. If you know yourself but not the enemy, for every victory gained you will also suffer a defeat.”

From Sun Tzu’s perspective, Israel has conducted itself masterfully and effectively. More importantly, the people of Gaza have come to a dramatic change of consciousness. Whereas in the past, Gaza Palestinians felt complete loyalty to Hamas, now for the first time in recent memory, the citizens of Gaza are blaming Hamas for the destruction and mayhem of their murderous attempt to destroy Israel.

Even the Arab world has turned against Hamas and has freely offered criticism of their recklessness and shameless exploitation of their people, using them as human shields for the world to see—repeatedly.

Even before the newest round of war occurred, the people of Gaza expressed frustration with their Hamas leaders’ failed policies. In fact, the vast majority of people now oppose Hamas altogether!

As you wince reading this provocative statement, you’re probably wondering: Why haven’t we read anything about this in the newspapers? Why hasn’t MSNBC, CNN, and other media outlets reported on this?

That’s because the media is invested in perpetuating the myth that Israel is to blame for everything wrong in the Middle East.

Palestinians are not stupid people.

Following is the transcript of the video:

Here’s a better joke: How many Palestinians does it take to change a light bulb? None! They sit in the dark forever and blame the Jews for it!

According to one recent poll, 450 Palestinians were asked about the state of the current crisis. Allowing for an error of 4%, this is what they discovered.

So, who are the real winners?

On the surface, it’s probably a close tie between the Gazan Palestinian people and Mahmoud Abbas.

In light of the humiliation of Hamas in the latest conflict, the world can rest assured that Hamas will most likely lose the next election—especially in light of the destruction they have brought to their communities.

Third place winner goes to Israel. The people no longer have to live in fear of being destroyed by the Palestinian bombs; Israel held its dignity and respect for human life like a badge of honor. Every American Jew should take great pride in how Israel conducted itself in this latest conflict.

Fourth place goes to Egypt and the Saudis for supporting Israel. Both of these countries recognize the dangers that Hamas poses to these relatively stable regimes.

Fifth place goes to President Obama for not interfering with Israel this time as he has before. Despite my criticism of the President in the past, I am heartened to see a different response for a change.

Who are the biggest losers?

Let’s not forget the Muslim Brotherhood. Let us not forget, this particular Jihadist terror group has always been anti-Semitic and hateful toward Israel.

The Evil Empire of Jihadist Terror, a.k.a., Iran’s cynical exploitation of Palestinian hatred of Israel has succeeded in stoking the winds of war three times now. But on an optimistic note, it looks like the Palestinian people may be close to experiencing a new awakening. 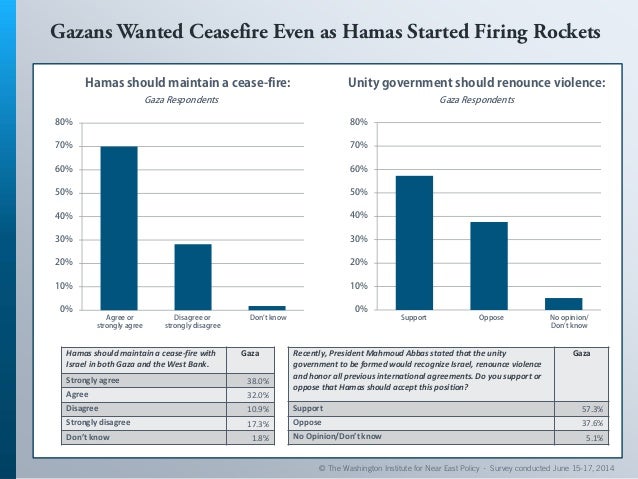