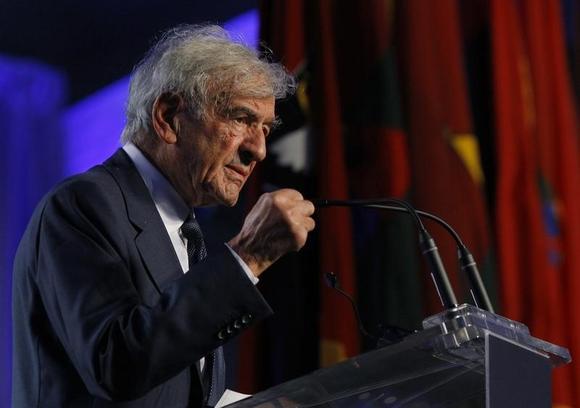 This past week, I came across a very interesting video  by Ben Shapiro, who is one of the main editors of Breitbart News on the Internet. Shapiro is a Modern Orthodox Jew and his perspective on the issues of today offer  a refreshing alternative opinion—even if a reader does not  necessarily agree with his arguments.

In his latest podcast, Shapiro raised a question that I think many people have asked—Jew and non-Jew:  “Why do American Jews vote with the anti-Israel Left?” His examples are striking:

Shapiro has neatly summed up some of the issues that the Jewish communities in the United States ought to be debating—but in many instances they are not because these are polarizing topics that many Jews would rather avoid discussing because of the tartness and potential rancor such debates might cause.

According to Shapiro, he blames the problem on assimilation. Simply put, he claims that the majority of American Jews has not been to Israel and are generally ambivalent about their religious identities as Jews.  He adds further:

While Shapiro brings up a lot of interesting statistics that seem to prove his case, this writer feels that there is an alternative way of looking and perhaps solving the problem that he poses for all of us.

Most Baby-boomers grew up in the Civil Rights era and saw in Obama’s ascension to power the combination of John F. Kennedy and Martin Luther King Jr.. In short, they collectively fell in love with their projections of what they imagined Obama would be–not with the reality. This happens all the time in relationships where we fall in love with the idealized image of our partner, only to be dismayed when our partner falls far short of the mark. When this happens, we have only ourselves to blame. I believe that many liberal Jews see the flaws of this man and his countless misrepresentations of the truth (from Obamacare to Benghazi and beyond). They are also well aware of how the President has leaned heavily on Israel, diminishing Israel’s importance in the region. I suspect many liberal Jews are also well aware of the pro-Muslim Brotherhood friendship he has cultivated and how the President’s Middle East policies have ravaged several countries and created a dangerous power vacuum for ISIS and the Iranian caliphate to conquer their neighbors. Despite all this—liberal Jews still cannot admit that they were wrong. As is always the case, there is a heavy price we pay for our enlightenment–and in the future, I suspect many of these Jews will eventually admit that Obama is a false god to whom we have been “praying to a deity that cannot save” (Isa. 45:20). He is the antithesis of Harry Truman.

The the sociologist Robert Bellah once wrote that liberalism has become for many people (especially liberal Jews) a secular religion. Yet, do not think that a secular religion is incapable of being dogmatic, rigid, and punitive—just as dogmatic as any theistic faith that refuses to let reason be its guide, or discourages any kind of self-reflective thought.

In any kind of free society, the mutual exchange of contrarian ideas prevents society from becoming homogeneous and boring. Yet, in our politically charged society, anyone who dares to criticize Obama is routinely tarred, feathered and thrown in jail.[4]  Critics of Obama often have their jobs threatened or get hounded until they are verbally or socially beaten into submission. Whistleblowers in particular have been targeted by the Obama administration[5]

The inability of the political left to creatively engage people who have different opinions threatens to make this country into a soft fascism. If left unchecked, the days of McCarthyism will transmute our country into a Stalinesque society where people are terrified to dissent from the political status quo.

One more note:  In some ways the problem Shapiro poses also reflects the dark side of the Enlightenment–the inability to recognize the reality of radical evil. We used to think that civilized man was incapable of retrogessing to a more atavistic state. Nietzche warned us about this illusion… human beings are still as savage as ever. Jews could not accept this during WWII and they still can’t accept it…. Contrary to what President Obama has been saying, Iran has been the world’s most deadliest promoter of terrorism throughout the world. Their regime is evil–plain and simple. Based on their track-record, they cannot be trusted.

Recently, Elie Wiesel—one of our generation’s most important witnesses to the Holocaust announced that he planned to be there in Congress when Netanyahu will give his dramatic speech:

Wiesel said that he plans to attend Netanyahu’s address “on the catastrophic danger of a nuclear Iran.” Awarded the Nobel in 1986, Wiesel asks Obama and others in the ad: “Will you join me in hearing the case for keeping weapons from those who preach death to Israel and America?”[6]

I strongly recommend that President Obama and his party members take Wiesel’s message seriously and be present when the Israeli Prime Minister speaks.

[4] http://benswann.com/obama-has-sentenced-whistleblowers-to-10x-the-jail-time-of-all-prior-u-s-presidents-combined/ see also http://www.politifact.com/punditfact/statements/2014/jan/10/jake-tapper/cnns-tapper-obama-has-used-espionage-act-more-all-/ see also http://watchdog.org/173721/obama-administration-whistleblowers/ Yet, Obama bragged he would have the most transparent administration.

[5] Since Edward Snowden began disclosing the extent of the NSA’s secret surveillance practices, discussions about whistleblowing and privacy rights have been more important than ever before”