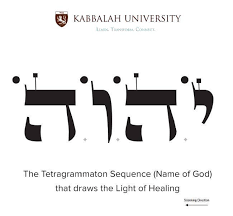 Question: The Name Y H V H having discussions with a Hebrew scholar in Jerusalem and he says that the academy have just discovered that The Letters are YeHoVaH, is this correct?

Answer: No, it still is incorrect. To begin with, God’s Name does not have V in it, but the ancient pronunciation was a W. Christians often use the hideous “Jehovah,” which was a medieval corruption of YHWH. Modern scholars prefer writing, “Yahweh” but I believe leaving out the vowels is a better way to show reverence to the actual name. Part of the problem occurred when the English consonant J took the place of Y and with the German pronunciation of the Hebrew W, which was produced the V sound because the Germans and Englishmen never bothered to ask the Jews about its correct transliteration!

Although Orthodox Jews have maintained that nobody knows how to pronounce the Tetragrammaton, the Karaite Jews—the same Karaite Jews who are responsible for the Masoretic Text, pronounce Yahweh’s Name as “Yi-Hi-Wa.” Over the centuries Jews became increasingly worried about the integrity of God’s Name, partly because of Gnostic reasons, or because the Jews did not want magicians to evoke God’s Name in their magical rituals.

As to its meaning,

In terms of the grammar, the name אֶהְיֶה is written in the Qal imperfect, first person common singular of the verb הָיָה (haya, “to be”), implying incomplete and continuous ongoing action. It is important to remember that the notion of tenses is a European construct. In Hebrew (as well as Greek), verbs either connote completed action (comparable to the past tense), or incomplete action (the infinitive). Hence, אֶהְיֶה suggests as the Septuagint rendered it, I Am the ONE Who IS” (ἐγώ εἰμι ὁ ὤν = egō eimi ho ōn).  One modern exegete, John Durham offers a clear and most succinct exposition capturing this thought:

“I AM that I AM,” replies God. The verbs are first person common qal imperfects of the verb היה “to be,” connoting continuing, unfinished action: “I am being that I am being,” or “I am the Is-ing One,” that is, “the One Who Always Is.” Not conceptual being, being in the abstract, but active being, is the intent of this reply. It is a reply that suggests that it is inappropriate to refer to God as “was” or as “will be,” for the reality of this active existence can be suggested only by the present: “is” or “is— ing,” “Always Is,” or “Am.”[1]

The 19th century Jewish exegete M. Kalisch observed that the name, “אהיה is the name by which God calls Himself, and He knows His own nature and attributes; but YHWH is the Name by which men call God, and they cannot comprehend His essence and nature.”[2]There seems to also be a consensus among pre-modern scholars and modern scholars that the name YHWH is associated with the root הָיָה “become, be at hand, exist (phenomenally).” It has a twofold meaning: the active, Self— Existent One (since the word is connected with the verb meaning “to be,” Exod. 3:14); and Israel’s Redeemer (Exod. 6:6). However, God’s actual Name—YHWH—derives from the verb הֹוֶה  that means “is present.”

The question (v. 13) … presupposed that the name expressed the nature and operations of God and that God would manifest in deeds the nature expressed in the name … (He) designated Himself by this name as the absolute God… acting with unfettered ability and self— dependence.” Commenting on the name YHWH in Gen 2:4, the same scholars say: “He is the personal God in His historical manifestation in which the fullness of the Divine Being unfolds itself to the world … the God of the history of salvation. This is not shown in the etymology of the name but in the historical expansion.” God, then, revealed himself to Moses not as the Creator— the God of power—Elohim, but as the personal God of Salvation, and all that “I am.”