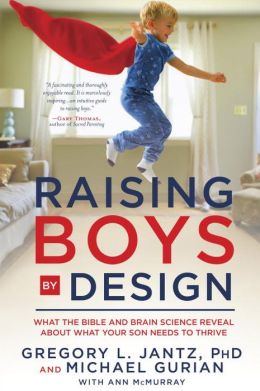 This book is a fascinating study about  the scientific differences between boys and girls, men and women. This book will challenge certain politically correct
notions about the sexes that continue to wreak havoc on the lives of the young.

Since the 1970s, there has been a concerted effort on the part of many well-meaning radical feminists to so redefine gender equality by getting young boys to get in touch with their femininity, i.e., by helping boys develop what has long been regarded as typical feminine characteristics, e.g., compassion, tenderness, docility. At the same time, effort has been made to train young boys away from male competitiveness and male aggressiveness.

The blurring of male and female distinctions in some places results in strange behavior where little boys are encouraged to wear pink dresses, while little girls are taught to act like “one of the fellows.” Our society’s penchant for combating maleness has had a dangerous effect in creating neurotic, insecure and inferior men who haven’t a clue what it means to act or be a man.  The authors contend that “For every girl in a correctional facility, more than eight boys are incarcerated. Boys are expelled from public school at almost three times the  rate of girls. Almost twice as many boys struggle with completing regular  schoolwork and
proper behavior in school as opposed to girls, and they make up 80-90% of discipline referrals to the principal.” (p. 12).

Male aggressiveness is often seen to be more a part of nurture than it is nature. Advocates for the unisex approach to child rearing operate on the dubious assumption that men and women are identical beings—except for their sexual organs.

The two authors manage to combine both biblical thoughts  on raising boys along with the scientific perspectives gleaned from contemporary studies in brain science. For example, a boy’s brain functions differently from a girl’s brain is based on the impact that testosterone has during the age of adolescence. Both parents play an important role in helping children get in touch with their respective genders.

Unfortunately, due to the phenomenon of divorce, many young males grow up without fathers who provide good role models to help these youth mature into healthy and balanced male adults. Such situations often place a burden  on the mother that is emotionally exasperating for both mother and son!

The authors further argue that parents need to help their sons get in touch with their capacity to become heroic.

Indeed, the cover of the book shows a little boy wearing a superman cape—an image that I can personally relate from my childhood. Comic books actually help young men learn how to individuate as healthy males. Being a part of the Boys Scouts also offers a valuable template in developing the traits of a HERO  (Honor, Enterprise, Responsibility and Originality). (Part 2, p. 71-88 In a world where families are divided, the authors stress that grand-parenting plays a pivotal role in actualizing a healthy male identity (pp. 74, 95).

The authors cite King David as an excellent example of a modern hero for young males. Actually, had the author referred to David when he was a shepherd, I would have agreed. However, King David is not the best role model for young men to aspire for.  King David was indulgent; he stole another man’s wife and ordered the murder of her husband! Lastly, he was a very poor parent when it came to raising healthy male role models. Each of his sons were morally scarred by their father’s upbringing. Of course, David did show moments of courage, contrition, valor and finally found personal redemption in the second half of his life.

One of the most interesting section of their book deals with the importance of certain “rites of passage,” where adult males help young men become adults (pp. 179-191). Interestingly, the authors believe that the Bar Mitzvah is an excellent approach—one which the Christian community ought to consider incorporating its own version (and often does through the ceremony better known as “Confirmation” (pp. 182-183).[1] This observation made we wonder about the modern synagogue, where more and more women are assuming the role of the rabbis in congregations. One wonders whether the feminization of the American
rabbinate in particular has altered the manner, which young men are becoming adults or not.

Based upon Jantz and Gurian’s study, there seems to be a qualitative difference between male and female mentors for young adolescents. I was left wondering whether female rabbis might have greater effectiveness working with girls, while male rabbis are better suited for young men. The famous 20th century anthropologist Mircea Eliade explains that among primitive peoples, men help bring young men into adulthood, while women bring young women into
adulthood. More studies need to be conducted on this matter and at present, the jury is still out.

Raising Boys by Design is a thought-provoking book and I like it precisely because it challenges the reader to re-vision one’s views about raising sons. This book offers an  antidote to this psychologically destructive problem and helps young men develop a healthy spiritual identity based in part, upon the principles of the Bible and its many example of male heroes.

[1]On a personal note, I once suggested to my friend who happened to be a Greek Orthodox priest that his church use the Bar/Bat Mitzvah to help young people become adult members of his Church by reading a section of the Bible in Greek along with some passages from the New Testament.